Dear customers, dear partners,
The year 2020 has been such a challenge for us all, with Covid 19 as our ‘Sword of Damocles’... We also discovered the virtues of teleworking.This mark on our lifestyles, without being indelible, will leave traces in companies’ organisation and the relationships with employees. From the very first confinement, Conex was able to organise itself to allow it to ensure “business as usual” for our customers.
You have not had to endure any defect in the continuity of our services and have been able to continue your activity in full transparency. This proves that the notion of customer service is a priority for our teams. Given the epidemiological forecasts for 2021, we will have to keep this organisation going for a few more months to come. 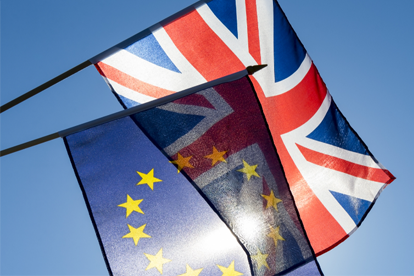 And we really needded Brexit of all that!

During this particularly troubled time, “Our English neighbours” (as it has been agreed to call them) continued to distance themselves from the European Union. We were required to adapt our tools to the new concept of the Smart Border, but not content with that, we decided to cross the Channel ourselves and pitch our tent among the British.

Transposing our national rules in the Anglo-Saxon fashion was not easy, given this period of change within the United Kingdom. Initially, HMRC (Her Majesty's Revenue and Customs) planned to change their existing IT system (CHIEF) to a more up-to-date system (CDS) of Dutch origin.

But that was before ... the decision in favour of Brexit.
With Brexit on the horizon, HMRC (belatedly) gave up starting with CDS and fell back on CHIEF, making a number of adjustments as they went along. We had to review hastily our development strategy, initially based solely on CDS, taking a 180° turn to make our solutions compatible with CHIEF. Different codifications, EDIFACT message structures, modified transmission technologies….

In short, rethink everything … Everyone to battle stations, with a deadline of 01/01/2021.

Here again, the notion of customer service has prevailed in our teams who have stepped up their efforts and gone the extra mile to allow those who entrusted us in the United Kingdom to be operational by D-Day. 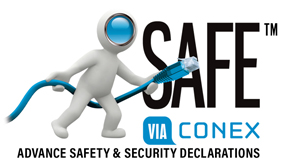 At the same time, the closer the fateful Brexit date approached, the more the acronym ICS (Import Control System) made people talk about it…. With ten years of experience in this security regulation, CONEX has been able to provide the entire chain with a solution designed according to the needs of each individual operator, whether carrier, forwarder or shipper. This solution is particularly suited to RoRo modes of transport, regardless of the point of entry in the European Union.

Notwithstanding all this work, CONEX undertook and finalised a collaborative platform under the name of zen via conex™. It supports the collection of declarative data and documents, managing them in the form of an EDM (Electronic Document Management) with Blockchain technology contribution of course, a close link with the customs declarations produced through our software.

In addition to traceability of the evolution of each file, Zen via conex™ enables analysis to be performed through a set of KPIs, thus offering its users complete investigation freedom over its customs operations and data.

Thanks to variable geometry shareability, Zen via conex™ makes it possible to set up exchange and communication "clusters" of varying sizes.

We are now certain of our customers' interest in a product like this. Many of you have already opted for this solution which is ready and waiting for you to express your wishes in order to improve even further. 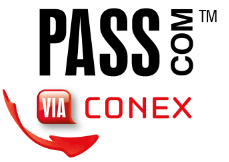 Last but not least

At the end of such major works in 2020, I would be remiss if I did not mention the EDI platform PASScom via conex™ which has had a makeover. This technological change took place behind the scenes without disrupting your business. However, it has allowed the complete renewal of our server park based on the latest technologies, and its relocation to ensure even better security conditions.

The year 2020 will go down in the history for Conex.

I hope that 2021 will allow our teams to slow down just a little.