SAFE via conex™ is the solution developed by CONEX to manage advance security declarations that must be lodged prior to the importation of goods into certain customs territories and countries. Our solution complies with the World Customs Organisation’s SAFE Framework of Standards. SAFE via conex™ respects the regulations of each country as well as the various communication protocols with the relevant customs administration servers.

With SAFE via conex™, you benefit from an intuitive and reliable work interface, completely freed from the technical constraints associated with the transmission of security messages. In the context of the new British customs formalities brought about by the United Kingdom's exit from the European Union, SAFE via conex™ provides a connection to the GVMS (Goods Vehicle Movement Service) and S&S GB (Safety & Security) system.

All operators concerned by the mandatory security declaration for goods entering the European Union.

Electronic exchanges with the EU customs administrations: Entry Summary declaration (ENS), Amendment and Diversion requests and Arrival Notification as well as the transmission of Movement Reference Numbers (MRN), Do Not Load (DNL) notifications.

PEACE OF MIND FOR YOUR SECURITY MESSAGES ACROSS EUROPE

The Import Control System is the electronic security declaration management system for the importation of goods into the European Union customs territory. This security and anti-terrorism regulation allows EU customs administrations to perform risk analyses on goods entering the EU customs territory. These controls are performed on data provided in the Entry Summary Declaration (ENS) which must be transmitted electronically. The ENS declaration must be transmitted to the customs administration of the country of first entry into the EU, within time limits which vary depending on the mode of transport (air, sea, road).

The ICS via conex™platform communicates directly with European Union Member State systems. Our solution allows you to draw up and transmit the various ICS-related messages required by the EU security regulations, as well as to receive the response messages from the EU MS customs administration systems. ICS via conex™ removes the burden of all the regulatory, technical and linguistic constraints of dealing with each EU Member States as our solution has already taken care of the complexities of national regulatory interpretations of the EU rules and the different IT protocols and message formats.

Whether in EDI or WEB APPLICATION mode, ICS  via conex™ is a single solution for all countries covered and regardless of the size of your volumes.

As of 1st January 2021, carriers are required to submit a safety/security declaration for all goods from the United Kingdom arriving in the European Union customs territory. This Entry Summary Declaration (ENS) falls within the framework of the European Union’s security regulation and the Import Control System (ICS).

A unified solution compliant with EU Member State systems and without the use of intermediaries.

in connection with the CUSTOMS via conex™ solution.

Carriers or their representatives responsible for filing the mandatory security declaration for any goods entering the territory of Great Britain.

The United Kingdom’s exit from the European Union: new safety and security rules

Performance and security for your declarations

The advance security declaration is sent through SAFE via conex™ to the British customs system called S&S GB (Safety and Security) between 1 hour before the arrival of the goods and 24 hours prior to their loading at their port of departure, depending on the mode of transport. Our solution guarantees the ENS declaration filing carried out in accordance with the regulations, the transmission of the MRN issued by the customs administration as well as the return of risk analysis messages, if need be, thanks to an interface available 24 hours a day.

Full Web application according to the volumes processed

The British GVMS teleservice is used to control imports/exports in Great Britain.

The references of the customs, transit and security declarations (S&S GB) of the goods carried by a means of transport must be registered there in order to obtain a GMR (Goods Movement Reference), a real “open sesame” for crossing the British border.

The road haulier is liable for this formality and must collect, as early as possible, all the elements related to the goods being transported. He/she must ensure the identification of the vehicle that will cross the border!

The GMR must indeed include the registration plates of the actual vehicle and trailer in the event of accompanied RoRo (only one GMR per vehicle, even if the lorry is empty).

NVOCC* and Carriers, in the country of exportation, both have a legal obligation to transmit separate AFR security declaration.*NVOCC Non Vessel Operation Common Carrier

HOW TO MAKE A DECLARATION WITH SAFE VIA CONEX AFR

AFR via conex™ takes care of the secure transmission of your data to Japan Customs in compliance with the regulation and the technical specifications in force.

AFR via conex™ covers all the AFR electronic messages between operators and the Japanese customs administration.

AFR  via conex™, THE SURE WAY FOR YOUR SECURITY MESSAGES

AFR Advance Filing Report is the electronic security declaration management system for the arrival of goods into the Japanese customs territory. This regulation requires that a certain number of data elements be sent to Japan Customs before departure from the country of provenance. Based on this data, a risk analysis will be performed and Japan Customs will respond with either an approval or a refusal to load, eventually requesting further details.

AFR via conex™ enables operators to communicate with the Japanese administration and respects the World Customs Organisation’s “WCO Data Model” along with other international standards such as UN/CEFACT and ISO.

WHAT ARE THE ELECTRONIC MESSAGES?

Japan Customs has defined three separate messages, all of which must be filed. The first, which is based on the House B/L data, must be lodged by the NVOCC who established it (who is usually situated outside of Japan). The second, based on the Master B/L, is lodged by the carrier. The carrier must also send a declaration of the date/time of departure which must be completed after the House B/L and the Master B/L have been sent. There are 5 different kinds of electronic messages returned by customs: Response message - Registration completed message - Information discrepancy message - Risk analysis result. 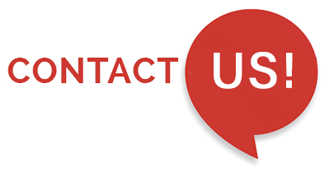