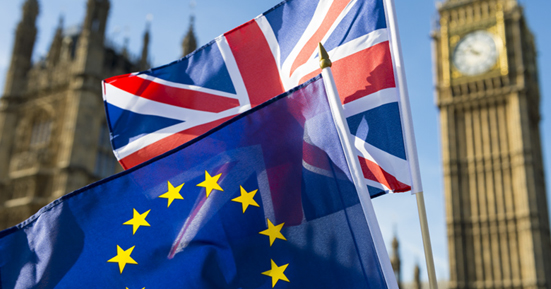 GB S&S - Security declaration postponed to 1 January 2022 In a statement released yesterday, the UK Government announced that it has decided to postpone up-coming deadlines for the introduction of a number of procedures and requirements linked to a post-BREXIT customs and cross-border environment. These were due to follow on from post-BREXIT procedures that have been in place since 1st January 2021. “Last June, we announced a timetable for the phased introduction of controls […]
Read More 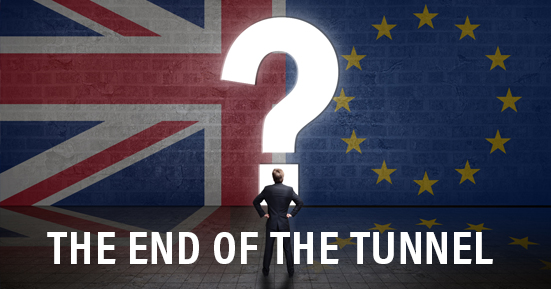 What’s at the end of the tunnel?

It's a never-ending cycle. Four years have passed since the announcement, in the wake of the 2016 referendum, of the UK's exit from the European Union. Brexit will come finally into effect on January 1st, 2021. Time is running out and the end of the year is going to be crucial.   So where are we really? EU heads of state and government met on October 15-16 at the EU summit to assess progress […]
Read More 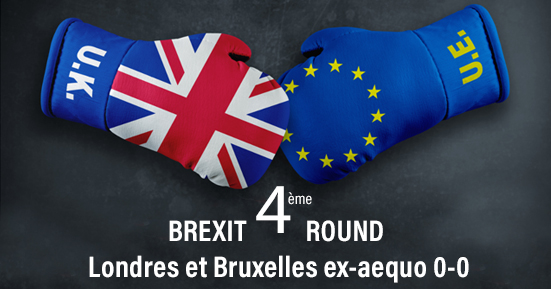 Brexit – Fourth Round: London and Brussels drawn at 0-0

The fourth round of Brexit negotiations between the European Union and the United Kingdom ended last Friday like the previous three: with a failure. "There has been no significant progress," said Michel Barnier, after a new round of sterile discussions with the British negotiators. Whether it is on fishing rights, on the question of governance or on the ‘level playing field’, each party remained camped on its positions. However, "on all these points, we ask for nothing other than for the Political Declaration to be respected," Michel Barnier declared.
Read More

After two unsuccessful first sessions, in a context weighed down by the COVID-19 pandemic, the United Kingdom and the European Union resumed their negotiations on post-Brexit relations on Monday 11th May. Crystallisation of quarrels over Northern Ireland issues and fishing rights
Read More 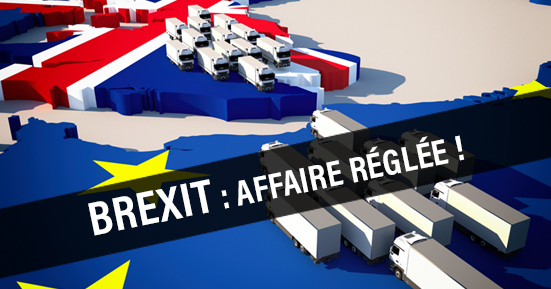 “It is settled,” Minister Michael Gove, number two of the British government, said last Friday, effectively closing the door to any further discussion on the possibility of an extension to the transition period beyond January 1st, 2021. “This brings clarity and certainty for companies and allows them to prepare,'' he insisted during a television interview. And for sceptics who may still doubt the determination of Boris Johnson’s government, Mr. Frost, Britain’s chief negotiator said to British MEPs: "Even if the EU demands it, we will refuse it."
Read More 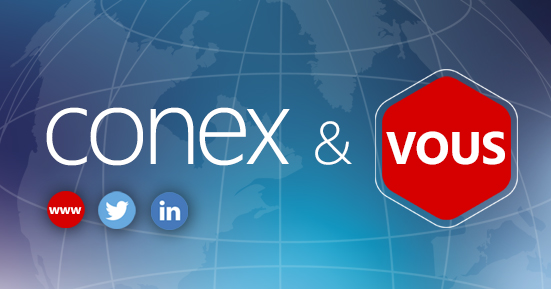 JANVIER 2021 EDITORIAL Dear customers, dear partners, The year 2020 has been such a challenge for us all, with Covid 19 as our ‘Sword of Damocles’... We also discovered the virtues of teleworking.This mark on our lifestyles, without being indelible, will leave traces in companies’ organisation and the relationships with employees. From the very first confinement, Conex was able to organise itself to allow it to ensure “business as usual” for our customers. You have […]
Read More

Novembre 2020 EDITORIAL In this back-to-school season, which requires our attention on all fronts at the same time, there is still one subject that we can anticipate: the arrival of Brexit … In all the time we’ve been talking about it, and even if there are still many questions pending in negotiations with the European Union, one thing is certain: private economic operators will have to become accustomed to making new declarations. From 1st January […]
Read More