The customs of tomorrow

TO EACH HIS ASTONISHMENTS

The recent Odasce Colloquium celebrated the association’s fiftieth anniversary.
All the ingredients were there:

The setting:
Biarritz (with a view over the raging sea)

And in everyone's opinion,
it was a succes

Not to forget Denis Redon’s grand finale with his customary “surprise report” which alone constituted a highlight of the conference that all the participants would not miss for the world. For my part, through the forums and workshops, I found myself challenged by a certain number of points that I wish to submit to your wisdom.

WILL THE CUSTOMS OF THE FUTURE BE DEMATERIALISED FROM END TO END ? 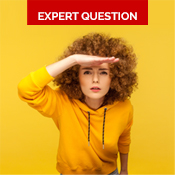 First of all, the European Committee of the Wise and its inventory, followed by proposals for improvement. The idea of capturing data directly from the commercial source is not new, contrary to what has been said. This has been a constant temptation for administrations since computerisation first appeared. What is new is to affirm peremptorily that this will be the rule for tomorrow. I think there is still a long way to go before achieving this and the path there is strewn with certain legal and technological pitfalls. Would such an organisation mean that data generated by an operator on the other side of the planet would be imposed ipso facto in the country of destination of the goods, without any control on the part of the consignee? Does this mean that the administration will be able to and will assume the determination of duties and taxes, along with the amount to be collected? This is no longer an evolution, but a revolution! if only with regards to the “self-assessment” mechanism provided for in the CDU.

A EUROPEAN CUSTOMS AGENCY, WHAT BENEFITS CAN BE EXPECTED ? 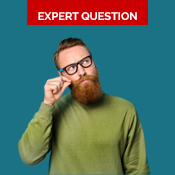 provisions are applied properly throughout the European Union. A kind of “police of the police” that would sanction the defaulting Member States in order to ensure uniformity in the treatment of customs aspects across the union territory. Such a project, in addition to adding yet another level to the European rocket, only highlights the distortions in treatment associated with customs and economic competition between the Member States. The question arises of the powers that would be granted to the agency to carry our such a mission…

The aspect of digitalisation was also the subject of some astonishment because in any case, companies progress in this area with leaden feet. It is only under a certain duress that they are gradually evolving towards this way of organising their activities. Despite considerable work carried out to achieve end-to-end electronic transmission, we are still far from the mark.

And it is not without having ourselves contributed to European projects such as CORE and SELIS.

But it is clear that only administrative obligation is likely to force companies to advance in this area. An example is the future electronic invoicing requirement planned in the EU and soon to be compulsory in France. It is no longer a question of creating a PDF, but of constituting a set of data elements in an electronic message equivalent to an invoice. Will this finally trigger the long-awaited click?

ICS2, TOWARDS A NEW ORGANISATIONAL STRUCTURE? 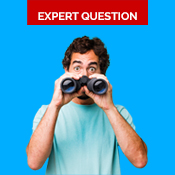 It is also worth noting the new ICS2 organisational schema which aims to allow multiple stakeholders to complete the data set required prior to arrival of goods into the EU. I still can’t project myself onto the ground. The question is who has what when. All orchestrated under the responsibility of the international carrier. Seller, freight forwarder, carrier, consignee, each one has a certain number of data elements. But who will operate their transmission in the form of a message to the EU? How many complementary messages will it be necessary to link to obtain all the data required?  It’s going to be essential for this little group of supply chain players to organise itself… But I was stunned to learn that despite creating a centralised European platform, risk analysis is still handled nationally by each Member State. It really seems that the concept of the European Union is having a hard time establishing itself! There is no doubt that differences will exist and that these will eventually lead to the diversion of traffic to less demanding states. The expression of “states within the state” takes on its full dimension.

But the next conferences organised between now and 2030 will perhaps bring some clarifications on these points.